England Cricket Team, being the inventor of the game, hasn’t won a cricket world cup yet. England is probably not feature among the top 5 contenders for this Cricket World Cup 2015. They have not performed well in the world cup since 1992. They have won the ICC World Twenty20 2010 crown, but it will not cover their failure in the ODI World Cup.

Their team build-up process for the ICC Cricket World Cup 2015 has been a tough task. They haven’t performed well in the recent past. The Board sacked their under-performing captain Alastair Cook. They replaced him with Eoin Morgan a few weeks before the event. Morgan has not been consistent with the bat. He has huge challenges ahead to get his rhythm back and also reunite his team to perform well.

England Cricket Team has a good bunch of players for the world cup. The find of Moeen Ali has been a bonus for the team. He surprised with his ability to score aggressively as an opener. He is also an effective off spinner. It provides the team a handy option. Bell as an opener is in sublime form. James Taylor at No. 3 has been a good prospect for the unit. Joe Root and Jos Buttler have been good with the bat too. The pace duo of James Anderson and Stuart Broad will the lead bowling department with Finn. Chris Woakes is a useful death overs bowler. It is an invaluable asset. He has gained some speed and improved his consistency.

Most of the players in the team will be playing their maiden World Cup. The tri-nation tournament in Australia just ahead of the World Cup may have helped to settle their nerves. It also helped them to test their opening combination.

England Cricket Team has a decent squad for the ICC Cricket World Cup 2015. Eoin Morgan has to integrate and motivate the team to do well. They should forget their failures of the past and try to perform their level best as a unit. 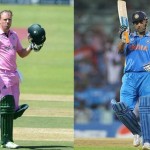 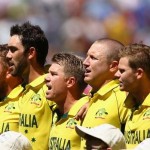