South Africa cricket team is one of the strongest in the ICC World Cup 2015. This is South Africa’s best chance to get rid of their long-stuck “chokers” tag. They have always been one of the best teams throughout their World Cup history. They reached to the semi-finals in 1992, 1999 and 2007. They also qualified to the quarter-finals in 1996 and 2011. But despite being the favorites, they failed to won the title. As always, South Africa is a very strong team under AB de Villiers. If they play together according to their skills as a unit, they can outperform any team.

South Africa cricket team looks almost perfect in all the departments. Their batting lineup is full of destructive players. The presence of de Villiers, Hashim Amla, JP Duminy, Faf du Plessis and David Miller makes it Invincible. AB De Villiers and Hashim Amla are the top two batsmen in ICC ODI Rankings. When it comes to fielding, they are impeccable.

Their bowling unit is one of the strongest in the tournament. The bowling department contains Dale Steyn, Morne Morkel, Vernon Philander, Kyle Abbott and Imran Tahir. Dale Steyn and Morne Morkel are among the top ten bowlers in ICC ODI Rankings. Both of them are genuine wicket takers. Vernon Philander is dead accurate with his swing and seam bowling. Imran Tahir is an aggressive leg spinner. He likes to flight the ball which creates chances. Every captain dreams to have a traditional leg spinner like him. This attack carries a lethal combination for the oppositions.

The main problem of South Africa cricket team is their inability to win close matches. They also need to improve their batting against spin bowling on slow pitches. Australia and New Zealand mostly have true bouncy pitches. But Adelaide Oval and the Sydney Cricket Ground have relatively slow tracks. These venues will host the first and third quarter-final.

Vs Zimbabwe, Feb 15 at Hamilton.

Vs Ireland, Mar 3 at Canberra.

Vs Pakistan, Mar 7 at Auckland. 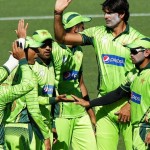 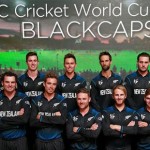