This post belongs to the Dark Horse of the ICC Cricket World Cup 2015: West Indies Cricket Team. May be they are treated like the under dogs in big tournaments, but they have some serious potential in their pack.

West Indies will try very hard to make an impression in the World Cup after the embarrassing events of 2014. There was a contract dispute between the squad led by Dwayne Bravo, the West Indies Players Association and the West Indies Cricket Board. As a result the tour of India got aborted.

Exclusion of senior all-rounder like Bravo and Kieron Pollard from the side was a huge shock. Bravo’s replacement is 23-year-old all-rounder Jason Holder, the youngest man ever to captain West Indies. He has just played 21 ODIs to achieve the badge. He will face a huge task to integrate the team for the upcoming challenges of the ICC Cricket World Cup 2015.

This team belongs to the lower half of the ODI rankings. But they are two-time former World Cup winners. They are not considered tournament favorites because they have struggled to win against the sides ranked above them. However, with hitting power like Chris Gayle, Andre Russell, Darren Sammy and Marlon Samuels, West Indies have enough arsenals to win any tournament. Their bowling would be an area of concern due to the loss of magical off spinner Sunil Narine’s withdrawal from the squad. He needs some more time for himself to work on his action, which was reported as suspect during the 2014 Champions League T20 in India. Left-arm spinner Nikita Miller would be his replacement.

He is known as a big hitter, very often hitting sixes. Gayle has the experience of three World Cups. He is still the premier batsman of his team at the age of 35. He is the superstar in all the formats. He has scored the most number of ODI centuries for his side 21. Injuries have become an area of concern for Gayle in recent years. He underwent a surgery on his back last year. Gayle’s runs will be crucial for the progress of West Indies in this World Cup.

Marlon Samuels was one of the main factors behind West Indies’ World T20 win in 2012. On his day, he is the best batsman of the team but he lacks consistency. His focus and aggressive frame of mind will be required in the World Cup. He is also handy with his economical off spin. The Vice Caption has a big task on his shoulders.

Andre Russell has emerged as the perfect allrounder. His awesome hitting ability can turn a match on its head. His effective seam bowling and outstanding fielding skills makes him a complete package. He was known to be a Twenty20 specialist, but last year he made some useful contribution in ODIs too.

Jason Holder has a huge task ahead. He has unexpectedly become the captain of the team. He was not even a permanent member of the side before this. Now, not only he has to perform well but also integrate the team which has far better and experienced players than him. Holder will have to sharp his thinking ability, develop his skills as a seamer and useful lower-order hitting. That’s the only way for him to convince his team-mates that he can lead the pack.

Unpredictability is the synonym of West Indies. They have many explosive batsmen who can chase or set any target. Their bowlers can trouble any batting lineup with variations. West Indies is a team of momentum which needs confidence to show its full potential. On their day, they can outperform any team.

They have sufficient quality players who can turn any game. The key to success for them is to play their role efficiently as a team. 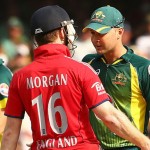 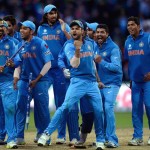